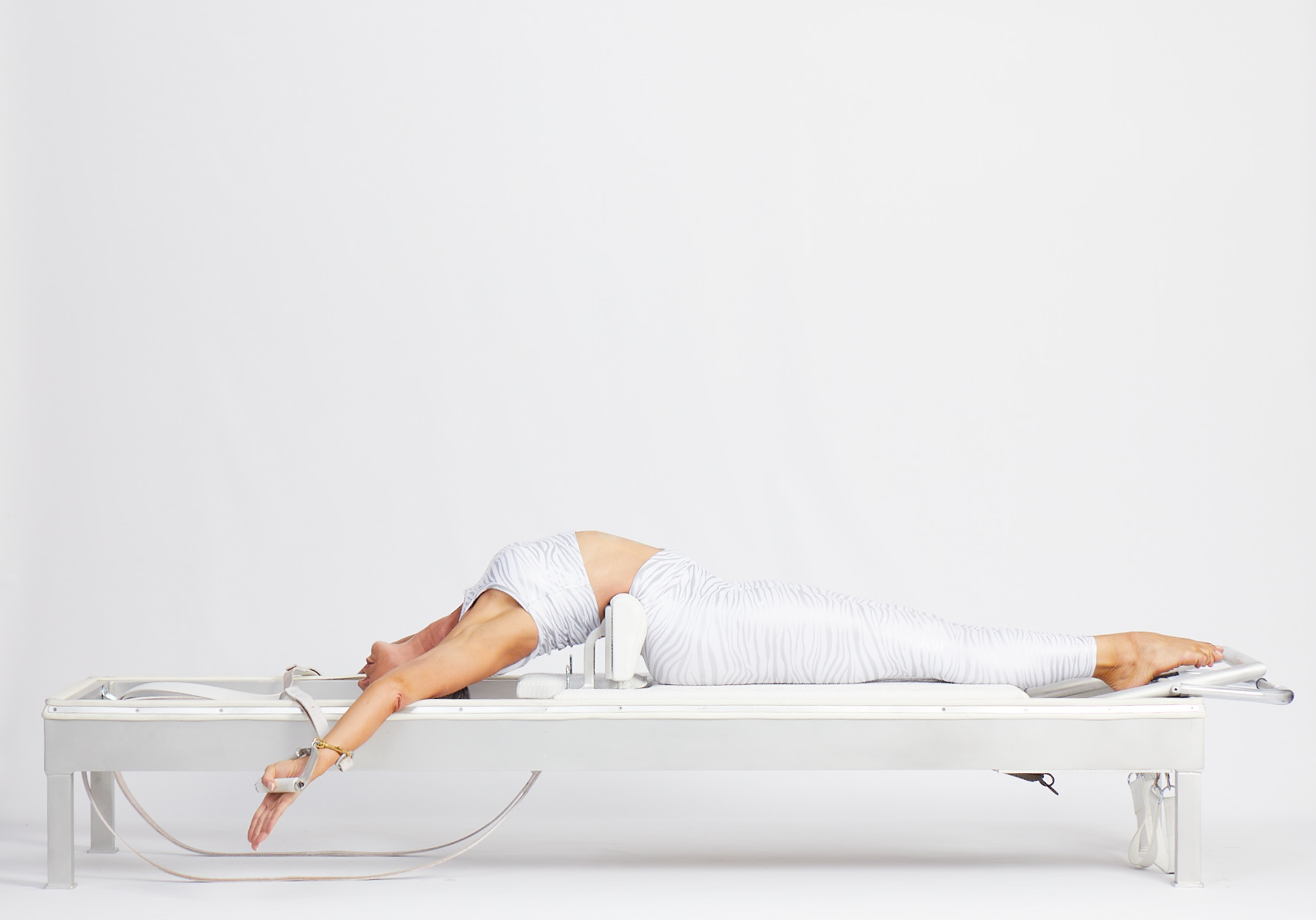 Pilates is many things- but most of all movement!

Kathryn, although introduced to the work at the age of 14, began her Classical Pilates training in 1982 and has had the privilege to study with First Generation teachers Romana Kryzanowska, Lolita San Miguel, Kathy Grant, Sari Mejia Santo, Jay Grimes and Edwina Fontaine. She was a Romana’s Pilates Level 2 Trainer. She completed comprehensive training through the Pilates Studio, Romana’s Pilates, Authentic Pilates, and Lolita San Miguel’s PMMP Program. She has been certified by the National Pilates Certification Program and is a Guild Certified Feldenkras Practitioner. She was a Principle dancer for ten years with Ballet Hispanico of NY, where she sat on the Board of Directors for three years. Kathryn holds a second-degree black belt in Tae Kwon Do and an undefeated AUU sparring record.

Kathryn worked closely with Romana for many years. Romana named her the founding Vice- President to her Presidency of the Authentic Pilates Guild. Kathryn often traveled and demonstrated the work for Romana during her workshops. She is the only woman to demonstrate on both the Romana’s Pilates Mat & Legacy DVDs, she is the voice and teacher of the individual follow along Mat workouts. Romana is quoted about Ms. Ross-Nash, saying “her work is like ice cream”, “poetry in motion” and “she is one of her best”- Romana’s “Star of Stars.” Kathryn is also a featured teacher in Gratz Pilates DVD- Jay Grimes Reviled.

Kathryn appeared, alone and with Romana, in multiple Pilates Style Magazine articles. The featured instructor in the premiere issue, she served as writer for thier blog, magazine and sat on the Advisory Board. She is often a quoted expert, whose advice on the method and its’ authenticity is sought after worldwide. To celebrate her 55th Birthday she had the honor to grace the cover of Pilates Style Magazine as the oldest single cover model in their history. With this cover, which included a ten-page spread featuring her work “The Red Thread®”. She can be found on her own Kathirossnash.com, Pilatesology and Pilates Anytime.

Kathryn’s client list spans the athletic and entertainment industry. In 2016 she was bestowed the honor to be the first instructor to teach Joe’s work on the Isle of Man at the site of Camp 4, where Joe Pilates was interned. She was the first Pilates instructor to train the dancers of the Vaganova School, in St. Petersburg, Russia. Kathryn has taught in Moscow, Chile, Australia, Spain, Russia, Germany, England, Portugal, Scotland, Israel, Brazil, Costa Rica and throughout the United States.

My favorite thing in the world is to be able to teach the work I believe in so strongly, as my teachers so generously gave it to me.
— Kathi Ross-Nash